Maintaining Brain Health as You Age: Does New Research Reveal the Secret?

Many of us may expect to go senile when we’re older, perhaps based off the experience of older relatives. It’s not uncommon for a person to become less lucid as they age, in the worst-case scenario this can manifest as dementia. But there are often cases of elderly individuals still being in control of their mental faculties at the furthest end of the age spectrum. But is there a secret to this longevity of brain health?

For many years it was assumed that age meant senility, but research by professors at Northwestern University into the brain health of ‘superagers’ has resulted in a potentially telling discovery. 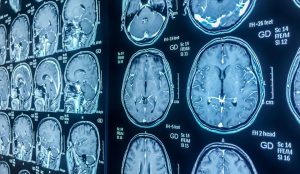 After analysing 10 brains of healthy over 80s after they have died, researchers found that a particular brain cell – known as Von Economo neurons – were in higher abundance than average. What made this significant is that these neurons are connected to communication and are largely found in the anterior cingulate region, which is linked to attention and working memory. However, the reasons for this abundance is unknown.

The region was also significantly thicker than normal. This is important because brain thinning is a typical occurrence in older individuals. However, the superagers had cingulate anterior regions with thickness that was two and half times that of the average individual. Again, the reason for this slowed thinning is unknown.

Perhaps most remarkably, however, was the discovery made when looking into the superager’s brains and the links to Alzheimer’s. The researchers looked at protein named amyloid, which is thought to be a potential cause of Alzheimer’s. This protein can deform and cluster, resulting in plaques that are linked to the disease. What’s interesting is that the superager’s brains still had these proteins, but none showed signs of Alzheimer’s suggesting an internet resistance.

All of these cases are mysterious as to their origin, but the consistent correlation does suggest a link between brain health and genetics when ageing. 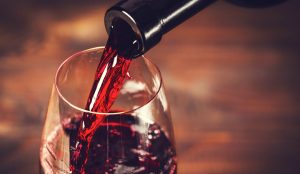 Lifestyle Choices and Their Contribution

Lifestyle has often been seen as the biggest contributor to staying alert and heathy and although how we treat out bodies is essential it seems it isn’t completely black and white.

This was apparent when the researchers also surveyed superagers about their habits and found that unhealthy choices were common. Vices such as smoking and drinking were the typical responses, with

teetotal. Although smoking and drinking obviously aren’t a healthy activity it seems that exposure to these habits aren’t universally damaging.

Additionally, weight was a big factor, but not in the way you would expect. Data showed that those who were underweight after the age of 80 had a greater chance of dying sooner. It seems that being skinny while young is far more beneficial than it is when old. Of course, this doesn’t mean obesity is the secret, but rather a healthy weight without overly focusing on being slim is best for longevity when older.

What Does All This Tell Us?

Although there is very little conclusive evidence from this research it does raise an interesting line of study about brain health when we age and what can be done to maintain it. The discovery of genetic commonalities, as well as the role of lifestyle choices, could be a revelation in the study of brain health and cognitive capacity in old age.