The Challenges of an Ageing Population

As Britain’s population gets older on average, the challenges of taking care of an ageing population become more apparent. The needs and preferences of an older demographic become more pressing to both public and private organisations, making it increasingly important to fulfil them. But what exactly are these challenges and how might they be met?

Perhaps the most significant issue 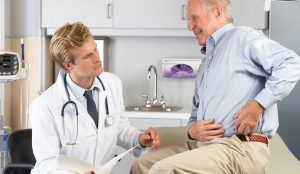 when it comes to an ageing population is the ned to provide adequate health and social care. As most will know, getting older increases the chance of becoming unwell and reduces independence, so having access to publicly available care is a necessity to the wellbeing of older citizens. The first – and perhaps most obvious – step is to provide a health service that is funded sufficiently to cater to the specific needs of older patients. Having medical care at the point of access for all is essential when illness can potentially strike suddenly and severely.

The other half of providing effective care for an ageing population is having accessible social care. This can involve; home nursing care, dedicated care homes, and social initiatives. By supporting elderly patients beyond just their medical needs it can also help with mental health and the feelings of isolation many elderly citizens experience. By providing interaction – even through nursing care – the wellbeing of an ageing population could be greatly improved.

The Risks of Advanced Age in Modern Life

Something of an extension of the need for improved for health and social care is that an ageing population brings additional public risk in certain situations. As people age their increased vulnerability and reduced capabilities can potentially make them more susceptible to harm. One example of an ageing population presenting new risks is in Japan. Road accidents involving the elderly are on the rise and authorities have decided to revoke licenses from those who have late stage dementia and other potentially impeding conditions.

Although Japan has taken this step, it isn’t to say that all elderly individuals pose a risk on the roads or elsewhere in modern society. What it aims to do is to reduce the potential for those who do develop limiting conditions to harm themselves or others. In this case, the responsibility that any driver holds when operating a vehicle is that it can potentially take a life when accidents happen and being able to drive it effectively is imperative to safety.

Policies Influenced by an Ageing Population 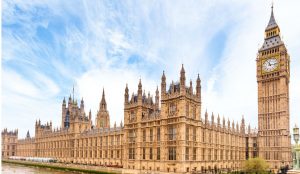 The other major area that is influenced by the shift in demographic towards an older society is how government policies are targeted. As the number of elderly voters increases so does the need to cater to their needs and sensibilities. This may mean more focus on pensions, health and social care (as mentioned), and economic inheritance. However, it’s not quite as simple as catering to only the older, ageing citizens.

Ultimately, with each policy comes compromise in another area making it difficult to please everyone. One of the largest challenges is having to appease the older generation while also providing policies and opportunities for the younger generation to build their own lives. As financial resources are stripped from one are to fund another, inevitable tension can build both towards the government and between different groups. In this case, between generations.