Why is Homeopathy Being Scrapped from the NHS?

Many people swear by homeopathy treatments, others say any benefits are merely placebo effects. Regardless of your position on the subject, NHS England has announced a policy change that will discontinue all homeopathy prescriptions for patients. Although this only makes up for a fraction of all prescribed medicine, it’s still likely to displease a certain amount of people. So, why exactly are these treatments being scrapped? 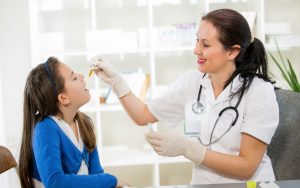 Many of us are aware of the strain that the NHS comes under on a regular basis, this is due to limited resources and a growing demand of medical care for an ageing population. Therefore, what the health service spends it budget must unequivocally improve a patient’s wellbeing. The decision to scrap homeopathy treatment would free up to almost £200million a year. Although this is just a fraction of the total budget for public medical care, it’s not unreasonable to try and improve financial efficiency by removing non-essential care.

There are also proposals to expand these savings to additional areas of what are deemed to be superfluous prescriptions. Self-limiting medications such as; cough mixtures, eye drops, sun creams, and even gluten free foods have been suggested to be put on the chopping block. It’s estimated that if these are included, a further £75million to £150million could be saved annually.

There is No Concrete Evide 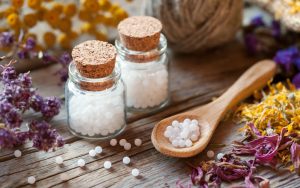 Another major reason for homeopathy being scrapped is that there is no conclusive medical evidence to support its effectiveness. NHS England chief executive Simon Stevens strongly stated that homeopathy was “at best a placebo and a misuse of scarce NHS funds”. Of course, there will be patients who may provide anecdotal evidence to the contrary, but the consensus of the medical community is that alternative treatments for minor illness are not viable.

The opinion of the medical community is also supported in political circles. In 2010, the House of Commons’ Science and Technology Committee compiled a report that urged the public funding of homeopathy to stop. Despite this recommendation happening seven years ago, it’s only now that there seems to be a response to the calls.

There are those who oppose this removal of prescribed homeopathy and the biggest argument against the change has come from the Royal Pharmaceutical Society. The argue that scrapping alternative medicines for minor illnesses disproportionally impacts low income families. By removing public financing for homeopathy this only leaves it to be available privately, subsequently increasing costs for the patient.

Whether not removing homeopathic and alternative medicines from the NHS will actually impact poorer families remains to be seen. An alternative outcome may be that people don’t go to their GP for mild ailments, which could free up valuable appointments. Nevertheless, the financial savings are no doubt the main motivation and with NHS resources as limited as they are, homeopathy was always going to be under threat.